“Public Approval” is Now Essential for All M&A Deals

In addition to securing Board, shareholder and regulatory approval for M&A deals, it is now becoming essential to understand the political and social impacts, effectively seeking public approval.

I really liked Michel Driessen’s article earlier in the year, “Protectionism and social media are creating a new M&A paradigm” at cityam.com. He talks about several of the emerging factors impacting M&A in the UK at the moment including the Brexit decision (not Brexit; the UK hasn’t left yet, we’re just at the beginning of negotiations), the falling pound and new protectionist industrial policies coming in. But then he draws attention to something much bigger that’s going on as well. “In this new geopolitical environment”, he says, “moulded by arguments about employment, technology and globalisation, it seems that for any deal to go ahead, it will face greater challenge and scrutiny. Ultimately, politics and a deal’s impact on society could determine its future, not pure economics”.

Free market economies promoting cross-border trade and globalisation have (generally) supported cross-border M&A and direct investments. Governments have been openly supportive of most flavours of M&A deals and acquirers have barely had to consider how M&A impacted the public, and how public opinion may impact the ability to do deals.

With globalisation in reverse (temporarily I hope) and all forms of national protectionism on the rise (whether you think that’s good or bad), the social and political implications of, and on, M&A are becoming more and more important.

To compound the impact of this, shareholders are more active, unions are restless, the mainstream media is increasingly polarised, and an omnipresent social media fuels the instant sharing of headlines, news and views from both genuine and questionable sources. The impact on M&A is massive and is likely to be enduring.

As an M&A professional myself, focused on integrations and carve-outs, I’m pretty close to the impact that my clients’ deals have on various stakeholder groups, from investors and employees through to environmental groups and local communities. I’ve worked with some fantastic leadership teams that have gone beyond the legally necessary to consider the ‘right’ way to go about changes, and in particular the delivery of deal rationale, which is usually a mix of value creation through growth and cost synergies.

It is necessary in M&A to deliver value to shareholders but in the past this could have been delivered with little consideration of social and political impacts. Greater public scrutiny of every deal now makes it essential to gain ‘public approval’.

In general, this should hold acquirers to a high standard, but as we know, public opinion and political interference isn’t always objective or pure and doesn’t always result in better outcomes. The optimist in me believes that such cases are the exception though.

An interesting thing to watch will be the barriers to doing M&A that this public approval brings. In 2015, we did a survey of M&A professionals on the perceived ‘Ease of doing M&A’ across the world (you can download the summary of results here). Survey respondents were asked for countries where they had experience of doing cross-border M&A, the degree of challenge (e.g. legal, regulatory, social and political) in different parts of the world. The top challenge countries were unequivocally Japan, China, India, Africa and South America, those where to a greater or lesser degree governments have more protectionist policies, less transparent regulation, higher levels of bribery and corruption, less established anti-trust protection and indeed cultural and language differences from the major acquiring countries in many cases. 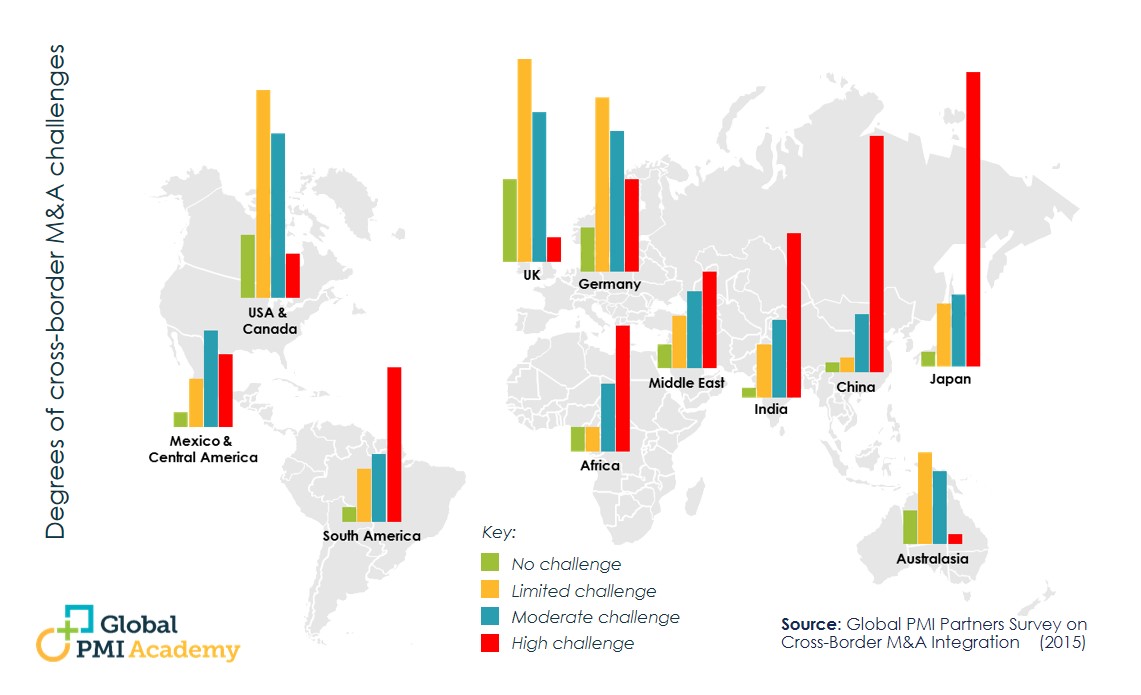 Social factors counted far less the ‘hard’ ones, and countries where politicians (and regulators perhaps?) would be more influenced by public approval score relatively well, with the UK and US the least challenging places to do M&A. I would love to see how this is evolving (perhaps we’ll do a regular survey with the same questions?). I believe that the ease of doing M&A is going down everywhere, the stark difference you see above is slowly eroding and doing deals is more challenging. Public approval will make more deals -that you will probably never hear of- not viable.

I felt so passionately about this topic that a couple of years ago, in our book Cross-Border Mergers & Acquisitions, I wrote the chapter on ‘Legal, Financial, Social and Political inter-dependencies with cross-border integration’. I give a brief run-through of first the ‘hard’ and then the softer factors affecting M&A integration programmes from my experience. You can download a free extract of the whole chapter here, but please buy the book as it’s a gem. (-; 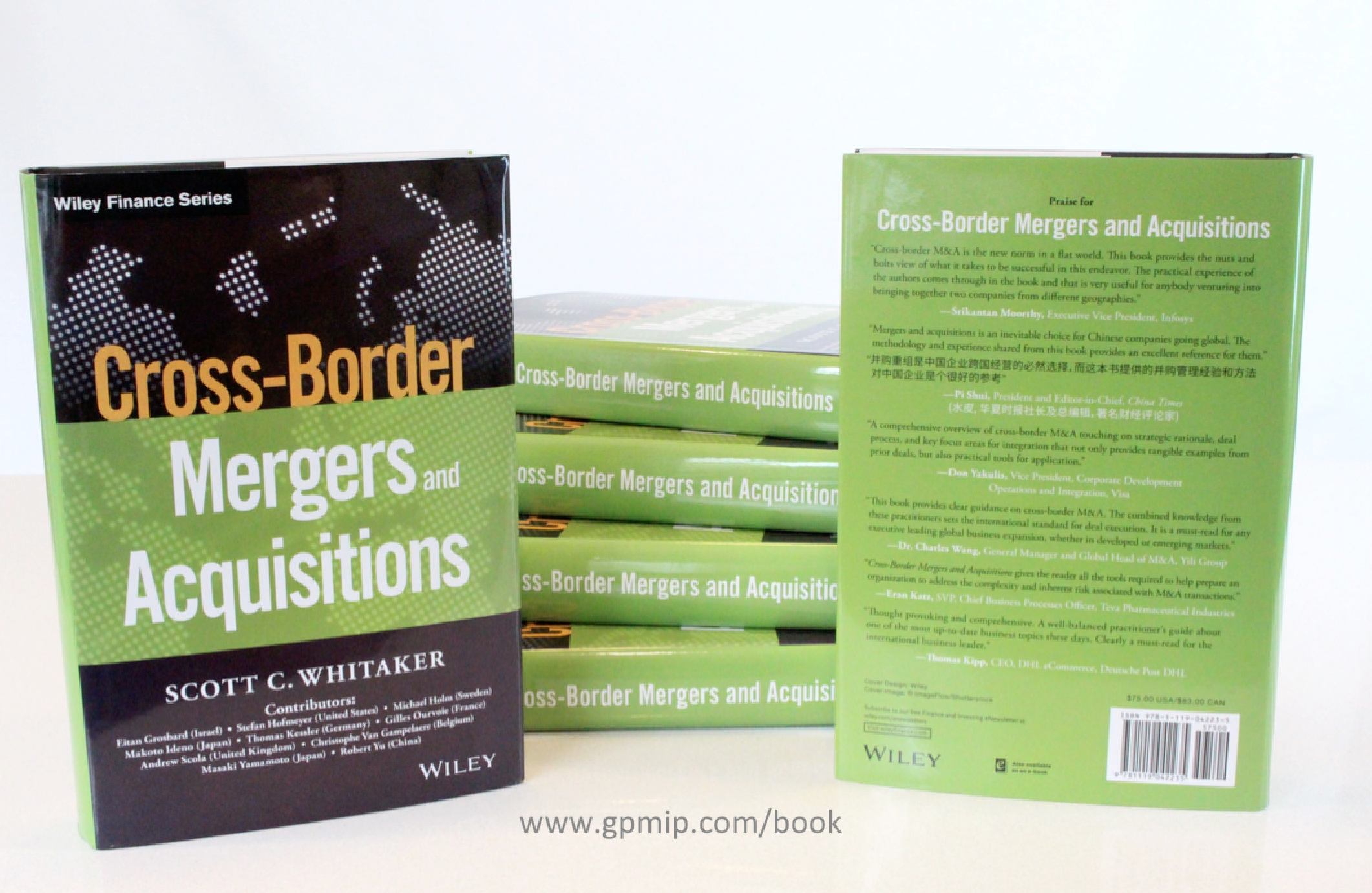 “Those involved in M&A are going to need to be creative, because one thing is clear: future activity is going to depend on a lot more than just the numbers”

By the way, if you want to get more technical, there is a good (and comprehensible) overview of UK public M&A terms, processes and regulatory bodies here.